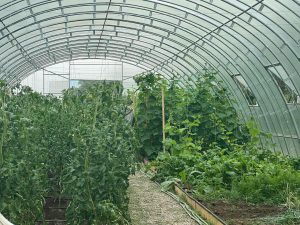 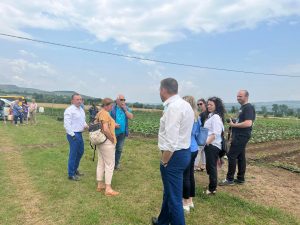 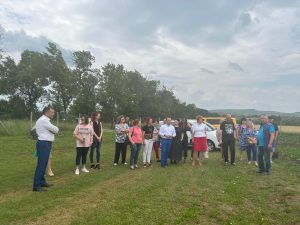 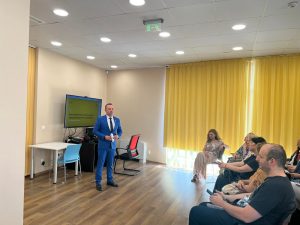 As part of the planned activities to ensure publicity, on June 22 at 11.00 in the administrative building of the Rehabilitation Center for Children with Oncohematological Diseases was held a third press conference to present the results achieved in the project BGLD-1.004-0001 "Rehabilitation Center for children with oncohematological diseases ", implemented by the Municipality of Kostinbrod under a grant agreement № BGLD-1.004-0001-C01, under the Program" Local Development, Poverty Reduction and Improved Inclusion of Vulnerable Groups ", funded by the Financial Mechanism of the European Economic Area space 2014-2021, as well as in the development, development and validation of the social service.

The meeting was attended by the Mayor of Kostinbrod Municipality - Mr. Traiko Mladenov, Mr. Alexander Nenov - Deputy Mayor, representatives of the Program Operator in the person of the Directorate "External European Programs" at the Ministry of Education and Science headed by Mrs. Maria Vasileva-Valova, of the Social Assistance Directorate-Kostinbrod, users of the service, employees of the centers for social services on the territory of Kostinbrod municipality, employees of the Municipal Administration-Kostinbrod, citizens.

With short introductory words Mrs. Petya Alexandrova / manager of the center / welcomed the participants in the press conference and gave the opportunity to the Deputy Mayor of Kostinbrod Mr. Alexander Nenov to start the event. He greeted the guests and expressed his gratitude to the contractor of the project "Association of Children with Oncohematological Diseases".

The mayor of Kostinbrod municipality Mr. Traiko Mladenov noted the special importance of the center after the rich palette of social services in the community, designed for people of different ages and with different needs. The developed and established service for support of families and children with oncohematological diseases adds another opportunity to support these users in the process of overcoming the difficulties during the treatment and in the recovery process.

Ms. Petya Alexandrova presented the results achieved under the project and made a retrospective of the progress made in the development and development of the service "Rehabilitation Center for Children with Oncohematological Diseases": the preparation and organization of activities in its various areas; building, developing and systematically and purposefully training the team; the development of the strategic, program and analytical documents, regulating the activity.

Attendees were thoroughly acquainted with the opportunities provided to users such as group psychotherapy, art workshops and artistic activities, games indoors and outdoors or in the swimming pool, cycling, boat trips with the nearby micro-dam, occupational therapy, yoga with laughter. Additional activities have been added to the established practices - music therapy, holding sports tournaments. Traditionally, the schedule of activities includes celebrations and festive activities, music and film evenings.

In implementation of the programs for work with the consumers, a monthly open group for parents who have lost a child has been formed.

So far, the service has been provided to a total of 47 families, 33 siblings of a child with an illness, as well as groups of 22 children in their teens with 100% satisfaction with the quality of the services provided.

A special emphasis at the meeting was placed on the exciting story of a mother of a child treating an illness who used the services of the Rehabilitation Center. The family shares only with admiration and gratitude the experience during their stay in the center.

During the meeting, the guests visited the auxiliary farm at the Rehabilitation Center. On an area of ​​several acres, carefully cultivated, with an autonomous irrigation system and a greenhouse, fresh onions, cucumbers, tomatoes, peppers, zucchini, broccoli and other vegetables are grown. Orchards occupy a large part of the farm. What is produced on the farm is used directly for the table of the users of the Rehabilitation Center.